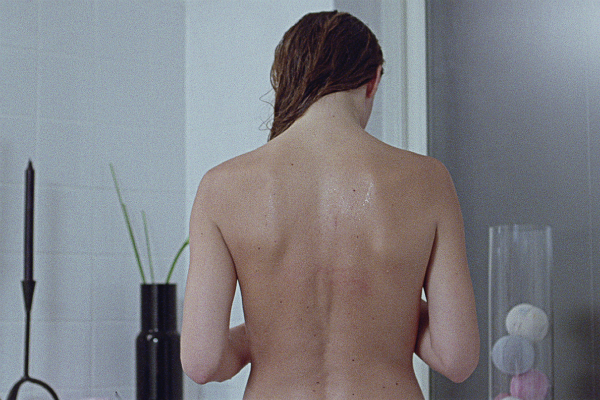 I Dreamt of You so Much That…
Stefan Constantinescu, solo show

This show travels to KunstKraftWerk, Leipzig in March 2015

In his stirring 1926 poem, J’ai tant reve de toi, (J’ai tant reve de toi que tu perds ta realite…) Robert Desnos laments the impossibility of real love with the young woman he tries to capture in his dreams. Desnos remains in a state of longing, lost between reality and the idealised image he creates of her, the carnal and the immaterial. He takes refuge in his dreams, the space where he can hold on to her, and as he does, his lover recedes more and more away from reality. Therefore, hope for true connection is futile – the two lovers are but shadows to each other, existing only in the imagination, a third space, or heterotopia, that mixes reality and fantasy, and allows them to actualize their impossible love.

Much like in Desnos’s poem, in the work of Stefan Constantinescu the imagination plays the role of consolidator of two distant and disparate worlds. In his three films (of a future series of seven shorts), imagination of the characters, which is activated through the use of technology, is essential to the conflicts and tensions that well up within their heterosexual, amourous relationships. And yet, Constantantinescu’s open-ended stories do not cling to the specific events depicted– they reveal larger societal truths, hypocricies, and deformations that force the viewer to question himself and his role as spectator, but also participant, in everyday human dramas. This calling into question of societal structures is an aspect that Jean-Luc Godard considered essential to making films politically ,or what would also be called Third Cinema today, by ”creating moments of openness and undecidability: moments that also question the structural principles of cinema and the filmer-filmed-viewer contract”.[1]

The exhibition, which in addition to the films also features a photo essay and journal, Northern Lights, revealing private moments, anxieties, and longing typical of the immigrant experience, as well as a pop-up book, The Golden Age, juxtaposing the artist’s biography to the history of Romania, his native country, is built as a living room where one hosts friends and relatives, a third space between the public and the private, and yet a bit of both. Here we encounter the artist’s most intimate disclosures, transforming us from mere spectator to participant and even more so, a partaker in the artist’s life. We are forced to question our role as audience and explore new relationships with art and our environment, an essential element in today’s political cinema and art.

Stefan Constantinescu is a filmmaker and artist living and working in Stockholm. He works in a multiplicity of mediums including film, photography, artist books and painting. In 2009 he represented Romania at the Venice Biennale with the film Troleibuzul 92. He has exhibited his films and other work in group and solo museum shows throughout Sweden and the rest of Europe. In 2012 his short film Family Dinner was selected for the competition of the 51st Semaine de la Critique in Cannes, and in 2013 his film Six Big Fish premiered in the international competition Pardi di domani of the Locarno Film Festival. He is currently working on a feature-length film, Seven Shades of Love, composed of a series of seven shorts portraying the conflict inherent in amorous relationships.

This exhibition is made possible through the support of Corner College and IASPIS.